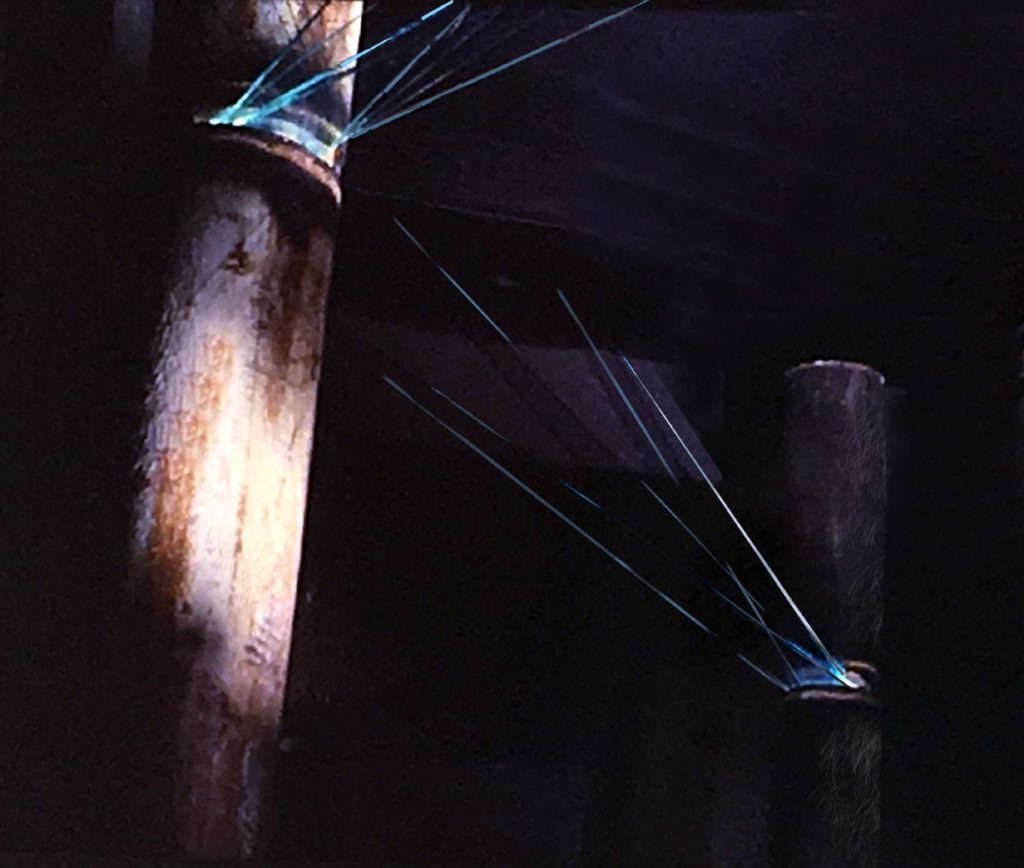 A prominent government official in Washington who was considered so proper and upright was beating his wife and children. It was a big scandal; no one had found out for a long time because there was no noise, no screaming or crying or shouting. Family violence is often very quiet and secret.

I stood several 12-foot steel pipes upright; they were about 12 inches wide. In the top section of each, I cut openings. There was light within the columns and jutting out from the openings or “mouths” were ½-inch-thick glass wedges. There were sharp points at the ends, about four or five feet long, with the wider part of the triangle pushed into the “mouth.” I put glass shards on the ground.

My daughter Saarin and I made the soundtrack. I wanted the sound of someone being hit, a thud sound, as well as the sound that person would make when trying to be quiet--an involuntary expulsion of forced breath. My daughter, who loves baseball, took her bat and hit a pillow hard, and as she hit, I would exhale heavily. The pillow broke and feathers started flying around. We giggled and started laughing so hard that it took a while to make the sound loop.

The university said the piece was too dangerous-- it looked dangerous-- so they cordoned it off. I wanted people to be able to walk among the columns, hear the soundtrack, feel the fear, the dread, and the attempt to hide the abuse through the quite groans.