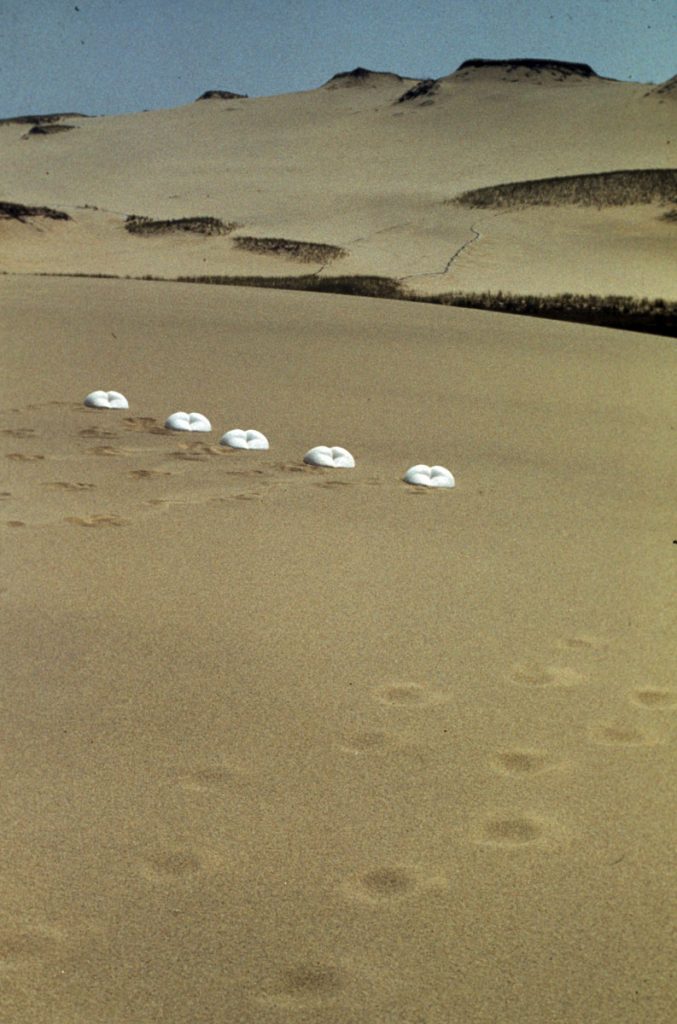 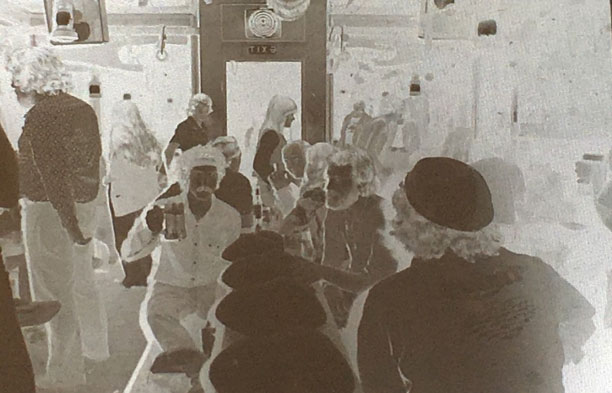 Provincetown was so delightfully gay when I was there for the summers of 1976 and 1977. It was also a party and drinking town, as well as an artist’s mecca. I decided to celebrate the spirit of the place by making “Bottoms Up.” I made five plaster bottoms, neither male nor female but idealized. I took these into bars and placed them on bar stools, and outdoors on sand dunes, then took pictures. In one bar a rather distinguished man said, he could have me murdered if I took his picture, but most of the men took the butts in a spirit of fun and acceptance.